Some groups still have deficiencies 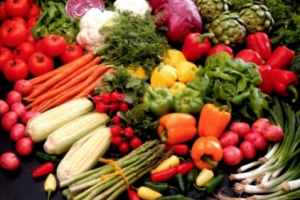 Overall, the U.S. population has good levels of vitamins A and D and folate in the body, but some groups still need to increase their levels of vitamin D and iron, according to the Second National Report on Biochemical Indicators of Diet and Nutrition, just released by the Centers for Disease Control and Prevention.

The report offers a limited but generally favorable review of the nation’s nutrition status although the findings do not necessarily indicate that people consume healthy and balanced diets.

CDC’s Division of Laboratory Sciences in the National Center for Environmental Health (NCEH) measured these indicators in blood and urine samples collected from participants in CDC’s National Health and Nutrition Examination Survey. Data are presented for the years 1999-2006, with emphasis on newly available data for 2003-2006.

“These findings are a snapshot of our nation’s overall nutrition status,” said NCEH director Christopher Portier, Ph.D. “Measurements of blood and urine levels of these nutrients are critical because they show us whether the sum of nutrient intakes from foods and vitamin supplements is too low, too high, or sufficient.”

The report also found that deficiency rates for vitamins and nutrients vary by age, gender, or race/ethnicity and can be as high as 31 percent for vitamin D deficiency in non-Hispanic blacks.

“Research shows that good nutrition can help lower people’s risk for many chronic diseases. For most nutrients, the low deficiency rates, less than 1 to 10 percent, are encouraging, but higher deficiency rates in certain age and race/ethnic groups are a concern and need additional attention,” said Christine Pfeiffer, Ph.D.,  lead researcher, in the NCEH Division of Laboratory Sciences.

CDC’s Second Nutrition Report establishes blood and urine reference levels for 58 biochemical indicators; more than twice as many indicators as its first report, published in 2008.  The report includes first-time data for a new indicator of iron deficiency and for 24 healthy and unhealthy fatty acids.

Before fortification began, approximately 12 percent of women of childbearing age were deficient in folate, as determined by blood folate levels.  Folate is essential during periods when cells rapidly divide and grow, which is particularly important for women prior to and during pregnancy and for children during infancy.  Folic acid can help prevent some major birth defects of the baby’s brain and spine, such as spina bifida.

Vitamin D is essential for good bone health but it may also improve muscle strength and protect against cancer and type 2 diabetes. Researchers are investigating these potential benefits, as well as, the vitamin D requirements for various groups.

Iodine levels border on insufficiency in women of childbearing age

Findings were not as encouraging with regard to the iodine status in young women (20-39 years of age). This age group had iodine levels that were just above iodine insufficiency. The young women also had the lowest iodine levels among any age group of women. Iodine is an essential component of thyroid hormones that regulate human growth and development.  Iodine deficiency disorders include mental retardation, hypothyroidism, goiter, cretinism, and varying degrees of other growth and developmental abnormalities.  Iodine is especially important in women during childbearing years to ensure the best possible brain development of the fetus during pregnancy.

Using a new marker of iron status, the report indicates higher rates of iron deficiency in Mexican-American children aged 1 to 5 years (11 percent) and in non-Hispanic black (16 percent) and Mexican-American women (13 percent) of childbearing age (12 to 49 years) when compared to other race/ethnic groups. The new iron marker measurements will help clinicians better interpret iron status in individuals, especially in persons with chronic disease that includes inflammation, such as certain cancers.