Fair wages: Are corporations forces for good or predators in disguise? 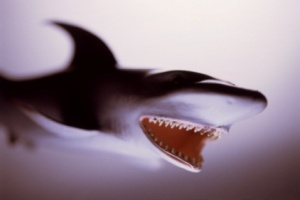 There are still too many regulatory loopholes that allow labour abuses in big brand supply chains, argues Jon Entine

There are two conflicting narratives, both tied to China. One is that wages are going up because of internal pressures, mostly an improving standard of living, and external pressures from public interest groups. The other is that because of widespread corruption, with global corporations in on the scheme, workers are exploited. Both narratives are partly correct.

China is the manufacturing centre of world capitalism. In response to lagging wages and unrest among its poorest workers, numerous cities have upped their minimum wage, with the boom-town of Shenzhen raising its starting monthly salary 14% to $238.

The rising wages have accelerated capitalist hopscotch, with some companies abandoning China.

According to Charming Shoppes, after the Chinese new year holiday, 60% of its employees at one factory didn’t return and instead found jobs closer to their homes. The company says it’s also in the process of moving to Vietnam and Indonesia.

“The garment business always moves around the developing world,” says Neal Black, chief executive of Jos A Banks Clothiers, calling this efficient capitalism. “It brings jobs, those people become skilled and then move on to products like electronics.”

Southeast Asia has positioned itself as an alternative for companies trying to escape rising labour costs. But wage hikes in China have set off a chain reaction throughout the region. Better educated and web-savvy workers are willing to take their grievances to the street if necessary. Under intense internal political pressure, Thailand and Indonesia have increased their minimum wages. Malaysia’s cabinet recently approved the country’s first-ever wage standard.

As the pay gap among countries in the developing world shrinks, competitive factors other than cheap labour come into play. Apple manufactures its iPhone in China, saving the company about $67 per unit compared with what it would cost to build it in the United States. Just as big a cost factor, however, is the just-in-time supply system developed in China, a model that sub-contractors in Vietnam, Indonesia and other countries are trying to emulate.

Many global brands willingly participate in a thriving, illegal, no benefits temporary labour market, which renders the wage gains for many workers illusory.

In 2008, in an attempt to improve conditions, China began requiring companies to phase in insurance, double wages for overtime and severance pay that together can make up 40% of a worker’s costs. Many companies have complied, but others, particularly those linked to global markets, have turned to what are called “labour dispatch” services – temporary workers, widely used by sub-contractors with a wink and a nod keeping everyone happy, except for the workers.

There are an estimated 60 million labour dispatch temporary workers in China, including at factories supplying Apple, which recently came under fire for the abuse. After a PR black eye, Apple hired the Washington DC-based Fair Labour Association to address this issue. That’s an admirable response, but most companies, including large global businesses, fly under the radar.

According to a recent report in Bloomberg Businessweek, Nokia, which has a sprawling mobile phone factory in Dongguan, is one of thousands of businesses that use labour dispatchers. Some of its shift workers toil 16 hours a day, six days a week, yet are paid about three-quarters the wage earned by direct Nokia hires doing the exact same work.

Because social auditors only interview contract workers, these almost sub-human pay and benefit scales slip through the cracks. “Nokia just wants to save money and avoid responsibility,” Bloomberg quoted Liang Nig, a 20-year-old temp worker from Hunan, as saying. Nokia’s 2011 self-audit found the plant “clean, properly managed with the respect of employees, and free from any discrimination”.

The question remains: when it comes to fair wages, are global corporations a force for positive social change, or are they just predators in socially responsible clothing?

“Some brands look at contract workers as labour agency employees, and outside the scope of their compliance programmes,” says Bob Bainbridge, president of Supplier Responsibility Solutions, which consults with companies trying to improve worker conditions. “They don’t review what [these temp workers] are paid. This makes them lost people.”

Jon Entine, senior fellow at the Center for Health and Risk Communications at George Mason University, is founder-president of the sustainability consultancy ESG MediaMetrics.