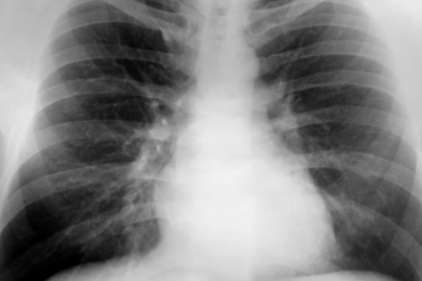 In October 2010, the Mine Safety and Health Administration (MSHA)—the federal agency responsible for setting and enforcing mine safety and health standards—proposed revising the existing standard for coal mine dust to lower the permissible exposure limit (PEL)2 from 2.0 milligrams of dust per cubic meter of air (mg/m3) to 1.0 mg/m3.3

House Republicans inserted language into an appropriations bill prohibiting the implementation of the PEL until the GAO evaluated the research used to justify it.

Black lung disease, the term for coal workers’ pneumoconiosis (CWP) and other lung diseases, has killed 75,000 coal miners since 1968, according to NIOSH. The cost of the disease is substantial; since 1970, through the Black Lung Benefits Program, the Department of Labor has paid over $44 billion in benefits to miners (or their survivors) who were totally disabled by respiratory diseases.

“Our evaluation of the reports MSHA used to support its proposal and the key scientific studies on which the reports were based shows that they support the conclusion that lowering the PEL from 2.0 mg/m3 to 1.0 mg/m3 would reduce miners’ risk of disease,” according to a statement by the GAO. “The reports and key studies concluded that miners’ cumulative exposure to coal mine dust at the current PEL over their working lives places them at an increased risk of developing CWP, progressive massive fibrosis, and decreased lung function, among other adverse health outcomes.”

The GAO review found that researchers took "reasonable steps" to mitigate the limitations and biases in the data, such as using multiple x-ray specialists to reduce the risk of misclassifying disease and making adjustments to coal mine dust samples where bias was suspected.

“In addition to addressing the limitations and biases in the data, researchers used appropriate analytical methods to conclude that lowering the existing PEL would decrease miners’ risk of developing black lung disease. For example, in addition to taking steps to precisely estimate a miner’s cumulative exposure, the researchers accounted for several factors in their analyses—such as the age of the miners, the carbon content of the coal (coal rank), and other factors known to be associated with the disease—to better estimate the effect of cumulative exposure to coal mine dust.

“ Further, the other studies we identified generally supported the conclusion that reducing the PEL would reduce miners’ risk of disease.”