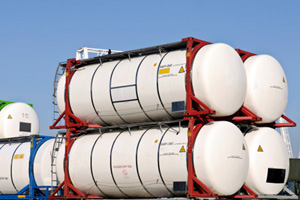 The U.S. Environmental Protection Agency (EPA) has awarded nearly $11 million in grants to enable eight universities to develop fast and effective methods to test chemicals’ toxicity to people and the environment. The testing methods will be used to predict a chemical’s potential to interact with biological processes that could lead to reproductive and developmental problems, and disruption of the endocrine system.

The grantees will focus on developing methods and models to predict how exposure to environmental and synthetic (man-made) chemicals and chemical mixtures may harm the public. Some synthetic chemicals are known endocrine disruptors, which interfere with or even mimic natural hormones and cause damage to the development and function of vital organs, particularly in young children and developing fetuses. There are currently thousands of chemicals in use and hundreds more introduced every year.

The universities receiving grants are:

• University of Texas at Austin – testing chemicals that impact fertility and embryonic development, and developing a model to classify chemicals according to the risks they pose

• University of North Carolina at Chapel Hill – developing chemical effect testing for in vitro systems and computational toxicology solutions to measure risk in populations, and creating models based on the resulting data