Joint pain in the workplace 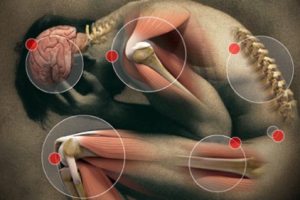 Musculoskeletal disorders (MSDs) include a number of physical conditions affecting muscles, tendons, nerves, ligaments, joints, and other soft tissues that can be caused, or exacerbated, by work. It is estimated that MSDs account for approximately one-third of injury and illness costs in U.S. industry. Many musculoskeletal conditions can result specifically in chronic or short-term joint pain.

One example of joint pain is arthritis, which is the leading cause of work disability, according to the CDC. Arthritis is a condition in which the cartilage surfaces between bones wears away resulting in bone rubbing on bone. In 2007, the annual cost of arthritis and other rheumatic conditions was reported to be $128 billion (MMWR, 2007). This total included an estimated $47 billion in lost earnings. The prevalence of arthritis in the U.S. is projected to increase to nearly 67 million (25% of the adult population) by the year 2030 with 25 million (9.3% of the adult population) projected to be limited in their physical activity because of the condition (Hootman and Helmick, 2006). Working-age adults (45-64 years) will account for almost one-third of arthritis cases.

Workplace programs in the areas of safety, ergonomics, wellness, and disability management can all play a role in preventing joint pain and preserving joint health in working individuals of all ages.

Aging is a natural process that encompasses biological changes that tend to be associated with the development of joint pain or that may limit the ability to work with joint pain. In addition to arthritic joint degeneration, aging is associated with loss of muscle mass and muscle function...Click here to read the rest of the article.