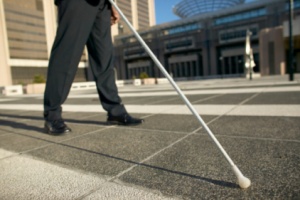 Three Maryland patients have received implantable miniature telescopes (IMTs) to reverse the blindness caused by age-related macular degeneration (AMD), according to the website The Inquisitr. The announcement came from the Wilmer Eye Institute at Johns Hopkins, which also participated in the trials to earn FDA approval for the device in 2010.

The 77-year-old founder and retired CEO of Jiffy Lube, Willis “James” Hindman, is one of the three patients. Hindman had the surgery in December and is still being trained in how to use the implant, but he is already enthusiastic. As blindness claimed his vision, he had become depressed and lost interest in his hobby of racing thoroughbreds, but now he’s eager to get “working with my horses because I can see.”

The telescope is planted in only one eye, to replace the lost central vision. No implant is placed in the other eye, which is used for the peripheral vision. After the device is placed, the patient undergoes several months of training to get the eyes working together again.

AMD is a progressive cause of blindness that’s more likely to attack as you age. The disease blocks the central vision, making it difficult to see objects right in front of you. About 9 million Americans suffered from AMD in 2010. Because of the aging of the population, it’s projected that almost 18 million will have it by 2050.

The new device is a start but it won’t come close to helping all of those cases of age-related macular degeneration. The FDA has approved it only for patients over age 75. Johns Hopkins noted that an eye that has already experienced previous cataract surgery can’t be used for the implant.

And that’s a serious limitation. In the United States, some three million cataract surgeries are performed to restore lost vision every year.

However, for the candidates who qualify, there’s a new hope for treating blindness.