Substance abuse, weight issues may begin in the womb

High-fat, sugary foods during pregnancy linked to problems in offspring 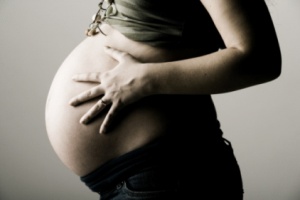 Vulnerability to alcohol and drug abuse may begin in the womb and be linked to how much fatty and sugary foods a mother eats during pregnancy, according to findings from animal lab experiments presented at the  American Psychology Association's (APA) 121st Annual Convention.

"The majority of women in the U.S. at child-bearing age are overweight, and this is most likely due to overeating the tasty, high-fat, high-sugar foods you find everywhere in our society. The rise in prenatal and childhood obesity and the rise in number of youths abusing alcohol and drugs merits looking into all the possible roots of these growing problems," said Nicole Avena, PhD, a research neuroscientist with the University of Florida’s McKnight Brain Institute.

According to the findings, the offspring of rats that ate high-fat or high-sugar diets while pregnant weighed more as adults and drank more alcohol, and those on high-sugar diets also had stronger responses to commonly abused drugs such as amphetamines.

Pups nursed by rats with either high-sucrose or the high-fructose corn syrup diets while pregnant drank more alcohol compared to offspring born to the group that did not have sugar. Further, pups exposed to either of the sugar-rich diets before birth or during nursing became hyperactive when given low doses of amphetamine, suggesting sensitivity to the drug. These animals also weighed significantly more at the end of the study than those born to the rats that ate regular chow.

"Our findings suggest that even while [rats are] still in the womb, exposure to high-fat and sugar-rich diets can, in addition to increasing body weight, lead to a predisposition to drink alcohol and a sensitivity to drugs," Avena said.