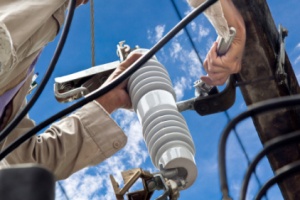 Human error is often cited as the main cause for up to 80 percent of all incidents and accidents in complex high-risk systems that exist in the aviation, petrochemical, healthcare, construction, mining, and nuclear power industries, according to the North American Electric Reliability Corporation (www.nerc.com).

Many of the major events that occur in the bulk power system (BPS) are initially labeled as being caused by individual human error. When the causes of these human errors are broken down further, they reveal that the majority of the errors associated with events stem from latent organizational weaknesses, not attributable to one individual.

According to NERC, people, even the very best people, will make mistakes. We have not fully understood an event if we do not see the human’s actions as reasonable (when they are). Through careful and thorough analysis of events and near misses, and most importantly, the subsequent understanding of the root and contributing causes, organizations can prevent future occurrences.

Sound administrative and cultural controls can withstand human error, says NERC. However, these controls are weakened when conditions are present that provoke error.

Eliminating error precursors at the job site, workplace, or organization reduces the frequency or numbers of active errors. Events can be avoided through an understanding of the reasons mistakes occur and application of the lessons learned from past events and near misses.

The systematic investigation and evaluation of events in the BPS is uncovering many of the latent errors that are dormant in the system. Through the events analysis initiative and the use of Human Performance analysis and applications, the lessons learned and good industry practices are being applied to further improve the reliability of the BPS.

The North American Electric Reliability Corporation (www.nerc.com) is a not-for-profit entity whose mission is to ensure the reliability of the Bulk-Power System in North America. NERC develops and enforces Reliability Standards; annually assesses seasonal and long‐term reliability; monitors the Bulk-Power System through system awareness; and educates, trains and certifies industry personnel. NERC’s area of responsibility spans the continental United States, Canada and the northern portion of Baja California, Mexico. NERC is the electric reliability organization for North America, subject to oversight by the Federal Energy Regulatory Commission and governmental authorities in Canada. Entities under NERC’s jurisdiction are the users, owners and operators of the Bulk-Power System, which serves more than 334 million people.