Blended learning – classroom and online – is the answer 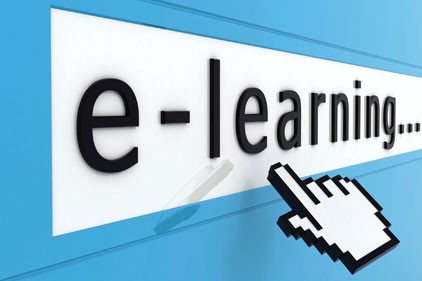 In its rush to embrace progress and technology, the Army, the Defense Department and organizations across America adopted distance learning, at least as far back as the 1990s, when computing power and the Internet promised to connect people and institutions in virtual ways that were previously unimaginable.

Now, captains across the Army are telling their chief of staff that distance learning can be a powerful tool, but its be-all-promise may be a stretch, and its method of delivery may need some re-tooling.

The captains were participating in Solarium 2014. Seven teams, each with about 15 members, discussed issues that included education, training, talent management, culture, mission command, and vision and branding. The teams discussed issues for a month online and then during two days at Fort Leavenworth before providing their findings to Gen. Ray Odierno, July 11.

The Army is over-reliant on distance learning and "it's a growing trend of being the sole method of education" delivery, said Capt. David Spencer of the education team.

Part of the problem, he said, is a perception that "millennials only learn through social media and IT devices" like smartphones and tablets, "but that's an incorrect assumption."

Soldiers completing online courses are "not mastering the subject," Spencer pointed out, citing several examples of soldiers he knows who didn't get much out of their distance learning experience, including one who'd completed a Reserve captains career course online.

The solution, he said, is to "integrate distance learning with brick and mortar institutions." That could mean meeting periodically in a classroom to reinforce the distance-learning experience. The formal classroom setting involves valuable collaborative learning and human-to-human interaction that distance learning doesn't offer.

Distance learning by itself, though, does have its place, he conceded, but for it to be successful, "you've got to tie an educator on the back side to answer soldiers' questions, guide and facilitate."

The educators don't have to man phone banks 24/7, he added, but they do need to be available at least at certain times so soldiers have someone to turn to, rather than just being left out on a limb when they are wrestling with a concept or theoretical construct.

Spencer said Solarium 2014 could have been set up as a conference call event, but he and the other captains agreed that the human interactions were the most valuable.

"Your thoughts mirror studies and feedback we've been receiving on distance learning across the board," Odierno replied.

Odierno added that access to distance learning courses shouldn't have roadblocks, such as requiring Common Access Cards. Soldiers should be able to access coursework on their own tablets and other devices.

Capt. Jayson Williams of the training team said overall content and structure of training, whether distance learning or classroom, is good -- and would improve given the points Spencer made -- but format could be a lot more user-friendly.

For example the Army Training Management System is currently using an analog delivery format, but version 7.0, which is coming soon, "will be digital and sharable," he said, adding that he likes it that the system's leaders are soliciting feedback from soldiers.

However good classroom or distance learning might be, though, there's no better training than live, hands-on, Williams said. "All of us were impressed with the realism and quality of the combat training centers, which are very good at preparing soldiers" for real-world contingencies.

Williams added that he was a skeptic of the Army's increasing use of virtual and constructive simulation training, but after he experienced what it can do and how it can better prepare soldiers for the live experience, he became a convert.

Capt. Adam Malaty-Uhr said that while all those suggestions are good, soldiers are often confused about what type of coursework or training they need to take for self-improvement, to increase their combat readiness or improve their chances for promotions.

"There needs to be a central place to go for identifying opportunities," he said, explaining that information is spread out across Human Resources Command and centers of excellence websites, All Army Activities and Military Personnel Messages, and so on, none of which are particularly user-friendly.

There are some "80 content repositories" out there, he added, but their "search functionality is essentially beyond our capabilities. Soldiers need to see at a glance what types of training and education opportunities are available to them and which are required at any given time.

Another idea, Malaty-Uhr offered, is that the Army could come up with a Pandora-type search engine that could suggest training or education opportunities that might interest them based on their needs and preferences.

Odierno said the problem of not knowing what training and education are required is even bigger for company commanders because they must also know what their soldiers need, so they can better advise them.

He said the issue is even more challenging for Malaty-Uhr, since the captain commands a National Guard company that's dispersed across the entire state of Illinois.

"I'm frustrated by our inability to integrate technology, especially in terms of access and search," Odierno acknowledged. "We have some self-limiting factors bureaucratically. We tend to classify everything and that make it impossible to access.

"We need to build apps that are easy to download and integrate and do many of these things you mentioned," he continued, "so yes, I've got it. I've got to get some innovative IT people who want to think out of the box to help us solve these problems."

The private enterprise needs to get involved in developing these technologies, Malaty-Uhr replied, because "frankly sir, we don't trust the Army to execute this appropriately, to develop something that is really meaningful and really changes the dynamic of how we learn as individuals and how we learn as leaders."

Odierno said he was impressed by all of the captains' recommendations and conceded that a lot of work still needed to be done.

But the captains were not yet finished offering the chief their thoughts and recommendations and Odierno said he was eager to hear them, even if they differed from his own.

The wealth of formal educational opportunities needs to be spread around better throughout the Army, Capt. Kerney Perlik told the chief.

Officers come into the Army with the advantage of having a university degree, she said. There are opportunities throughout an officer's career to get advanced degrees.

"As officers, we have so many opportunities," Perlik said. "For my next assignment, I'm going to graduate school and then back to West Point to teach."

Perlik said that as an aviator, she feels bad for her squadron where half of the leaders are warrant officers who don't have the same opportunities she has, not to mention the many non-commissioned officers who are in the same boat.

"Educated leaders are force multipliers," Perlik said. Without a good civilian education, "we have a gap in our ability to produce adaptive leaders."

The form that education takes doesn't necessarily need to be traditional degree programs at universities, she said. Vocational programs would work too.

For example, a vocational certificate for aircraft mechanics would not only make them more proficient in their specialty, it would make them more marketable in the civilian world, she said. Similarly warrant officers should be given the chance to attend courses at Sikorsky or training offered at other companies.

Also, "our team loved the idea of warrant officers or NCOs getting their teaching certificates and teaching at an inner-city schools."

All good suggestions, Odierno replied, adding that while teaching inner-city kids is admirable, the Army needs to protect its own investments as the forces and budget downsize. So teaching at the Advanced Leader Course or Senior Leader Course might be preferable.

"But the thought process you have is on target," he added. "It's about incentivizing really good NCOs and also incentivizing certain assignments that I believe are really important for us. The problem for the Army is every time you take people out, it creates a readiness issue, so how many you take out needs to be looked at. But it can be done."

Williams said the Army needs to be more creative and resourceful in its training and education efforts.

The Army does a pretty good job of training, he said, but more focus needs to be on how to train and manage training. Also, more training needs to focus on developing critical thinking skills. And, training should be as practical as possible so it can be readily transferred to real-world situations.

A lot of good training-with-partners opportunities are being missed, he continued.

For instance there are National Guard units near Fort Drum, N.Y., that could train with the 10th Mountain Division. Also, there are police units and SWAT teams who sometimes use Army ranges. Why not integrate training with them and encourage building relationships.

To make that happen, he said would require "breaking away all the restrictions and impediments" that prevent the Army from doing that.

The Army is beginning to move in that direction, Odierno replied. U.S. Army Forces Command just published policy "that aligns each division with National Guard units" for training purposes, and it "does exactly what you're saying, so you should start to see more of that."

Odierno added that training should also include multinational partners, although that's getting harder to do because they're reducing their military investments, just as the U.S. is.

The chief said Solarium 2014 was productive and that he'd take all their suggestions with him, implement as many as are feasible, and provide the captains with follow-ups on their recommendations.