Some jobs harder on the heart than others, study finds 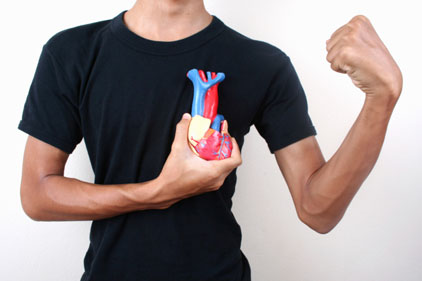 Stress at work raises risk of heart attack and stroke, particularly if the job is blue-collared, according to a new study.

The study added that being unemployed might be just as unhealthy.

"Workplace factors that increase risk include job stress, exposure to air pollution-like dust and secondhand smoke-and noise," explained lead researcher Dr. Sara Luckhaupt, from the National Institute for Occupational Safety and Health, part of the U.S. Centers for Disease Control and Prevention, in the press release.

These workers would benefit from health programs that combine reducing occupational risk factors like job stress with health promotion activities like smoking cessation," she said.

According to researchers, some workers may already have other risk factors for stroke and heart attack, i.e., high blood pressure and cholesterol, which can be worsened by workplace stresses.

"It's probably a combination of personal and work factors," she said.

"Don't forget the job factors," Luckhaupt said. "The noise, the air pollution and job stress could be contributing to the personal risk factors, like difficulty quitting smoking."

Among unemployed people looking for work, the rate of heart attack was also found to be higher - 2.5 percent.

"It may be that the stress of unemployment and the lack of access to health care may be contributing to their health problems," Luckhaupt said.

The study establishes an association between employment stress and heart health, but it doesn't prove a cause-and-effect link.

"Health professionals, employers and workers should take proactive steps to improve their heart health, implement and take advantage of comprehensive workplace wellness programs and better utilize effective interventions to prevent heart disease and stroke," Dr. Gregg Fonarow, a professor of cardiology at the University of California, Los Angeles, added in the press release.

Cardiovascular disease accounts for one in three deaths in the United States each year, and coronary heart disease and stroke account for most of those deaths (1). To try to prevent 1 million heart attacks and strokes by 2017, the U.S. Department of Health and Human Services launched the Million Hearts initiative, promoting proven and effective interventions in communities and clinical settings. In workplace settings, cardiovascular disease can be addressed through a Total Worker Health program, which integrates occupational safety and health protection with health promotion.

To identify workers likely to benefit from such a program, CDC analyzed data from the National Health Interview Survey (NHIS) for the period 2008–2012 to estimate the prevalence of a history of coronary heart disease or stroke (CHD/stroke) among adults aged <55 years by selected characteristics, employment status, occupation category, and industry of employment.

Workers employed in service and blue collar occupations were more likely than those in white collar occupations to report a history of CHD/stroke. Two industry groups also had significantly higher adjusted prevalence ratios (aPRs) for CHD/stroke: Administrative and Support and Waste Management and Remediation Services* and Accommodation and Food Service.† Workers in these occupation and industry groups might especially benefit from a Total Worker Health approach to reducing the risk for CHD/stroke.

NHIS collects information about the health of the noninstitutionalized, civilian population in the United States, using nationally representative samples. Interviews are initiated in person with telephone follow-up when the interview cannot be completed in person. Questions about a history of CHD/stroke (defined as self-reported history of stroke or coronary heart disease [including angina and myocardial infarction] or both),§ employment status, industry, and occupation are asked of randomly selected adults. NHIS obtains verbatim responses from employed adult respondents (aged ≥18 years) regarding their industry (employer's type of business) and occupation (employee's type of work). These responses are reviewed by U.S. Census Bureau coding specialists, who assign 4-digit industry codes based on the 2007 North American Industrial Classification System.

For this analysis, an employment status variable was created with three categories: currently employed, unemployed, and not in the labor force. Adults were classified as unemployed if they reported that they were looking for work, whereas adults not in the labor force included unemployed adults who stopped looking for work, homemakers, students, retired persons, and disabled persons. Occupations were grouped into four categories: white collar, service (e.g., hairdresser, nurse's aide, and cook), blue collar (e.g., construction worker, factory worker, and truck driver), and farm. For analyses by industry, the 21 simple 2-digit industry recodes provided in the NHIS public dataset were used, which are based on codes for the 2-digit North American Industrial Classification System. Industry categories with fewer than 10 cases were grouped into the Other/Unknown category.

Weighted data were used to produce national estimates. Point estimates and estimates of corresponding variances were calculated using statistical software to account for the complex sample design. Statistical significance was determined at p<0.05. Prevalence estimates were based on data collected by NHIS surveys during 2008–2012 from 91,331 adult respondents aged <55 years. Annual adult response rates ranged from 60.8% to 66.3%. For calculation of aPRs for industries, each category was compared with all other industry categories combined (e.g., workers employed in Wholesale Trade Industries were compared with workers employed in all other categories combined). To account for differences in workforce demographics by occupation and industry, aPRs based on occupation and industry were adjusted for sex and age. Differences in prevalence were considered significant if their 95% confidence intervals (CIs) did not overlap, and aPRs were considered significant if their CIs did not include 1.00.

After adjusting for sex and age, workers in service (aPR = 1.53) or blue collar (aPR = 1.40) occupations were more likely than those in white collar occupations to report a history of CHD/stroke. Two industries had significantly higher adjusted aPRs: Administrative and Support and Waste Management and Remediation Services (aPR = 1.47) and Accommodation and Food Service (aPR = 1.37).

The aim of this study was to identify workers with a greater potential to benefit from programs designed to reduce the risk for CHD/stroke. Because age, the strongest predictor of CHD/stroke, cannot be modified, the study focused on prevalence differences among workers aged <55 years by selected characteristics, employment status, occupation category, and industry of employment.

Occupational CHD/stroke risk factors can include work stress (2), shift work (2), exposure to particulate matter (3), noise (4), and secondhand smoke (5). Health professionals and employers should take these factors into account when planning workplace interventions to prevent CHD/stroke. These factors might have both direct physiologic effects on cardiovascular health and indirect effects by influencing behavioral risk factors such as smoking and obesity. Some evidence indicates that workplace hazards such as job strain might pose more potent risk to workers in lower-income households, perhaps because of an interaction with adverse exposures in the community, combined with fewer health-enhancing opportunities (e.g., health care, a healthy diet, and exercise facilities) (6).

The industry and occupation categories found to be associated with a higher prevalence of CHD/stroke after adjustment for age and sex, Administrative and Support and Waste Management and Remediation Services and Accommodation and Food Service and service and blue collar occupations, are each characterized by multiple known CHD/stroke risk factors.

Conversely, workers in industry groups with lower prevalence of CHD/stroke compared with all other workers (e.g., Education Services and Information) might be more likely to have access to preventive services and less likely to be exposed to occupational CHD/stroke risk factors.

The findings in this report are subject to at least four limitations. First, all results are based upon self-report of a history of CHD/stroke, which was not validated with medical records. Second, the broad industry and occupation categories used for this analysis aggregate workers who likely have substantially different working conditions. Third, this is a cross-sectional study; therefore, whether employment in any specific industry or occupation increases or decreases the risk for CHD/stroke cannot be determined. Finally, because the annual response rate was only 60.8%–66.3%, nonresponse bias might have affected the results.

Addressing the risk for CHD/stroke among workers might involve a Total Worker Health approach. Traditionally, health protection programs have focused squarely on safety, with the goal to reduce worker exposures to risk factors in the work environment, whereas workplace health promotion programs have focused exclusively on personal lifestyle factors. A growing body of science supports the effectiveness of combining these efforts through workplace interventions that integrate health protection with health promotion (10). CDC has developed several resources that might help employers implement Total Worker Health programs in their worksites.** This information is also important for clinicians, who should consider the potentially increased occupational risk for CHD/stroke in patients in certain industries and occupations and take their patients' work status, workplace, and occupation type into account when developing prevention and treatment plans.

* Includes industries such as business support services, travel arrangements and reservation services, investigation and security services, services to buildings and dwellings (except cleaning during and immediately after construction), landscaping services, waste management, and remediation.

† Includes industries such as traveler accommodation, recreational vehicle parks and camps, rooming and boarding houses, restaurants and other food services, and bars.

§ Respondents were asked, "Have you ever been told by a doctor or other health professional that you had [condition]?" This question was asked separately for CHD, angina, myocardial infarction (heart attack), and stroke.

What is already known on this topic?

Cardiovascular disease (CVD) accounts for one in three deaths in the United States each year. In the workplace setting, CVD can be addressed through Total Worker Health, a program integrating occupational safety and health protection with health promotion to prevent worker injury and illness and to advance health and well-being. Coronary heart disease or stroke (CHD/stroke) account for the majority of deaths from cardiovascular disease.

What is added by this report?

Overall, 1.9% of employed adults aged <55 years reported a history of CHD/stroke, compared with 2.5% of unemployed adults looking for work, and 6.3% of adults not in the labor force. After adjusting for sex and age, workers in service and blue collar occupations, and those employed in two industries, Administrative and Support and Waste Management and Remediation Services and Accommodation and Food Service, had significantly higher prevalence of CHD/stroke.

What are the implications for public health practice?

Workers in the industry and occupation categories with increased risk for CHD/stroke might especially benefit from a Total Worker Health approach. Such an approach could integrate control of known occupational CHD/stroke risk factors with health promotion activities. Clinicians should consider the potentially increased risk for CHD/stroke in their working-age patients and take occupation and industry into account when developing prevention and treatment plans.