Five major worker health and safety rules, most of which were initially opposed by industry, have saved thousands of lives, prevented tens of thousands of injuries and in at least one case improved productivity, a Public Citizen analysis released yesterday shows. 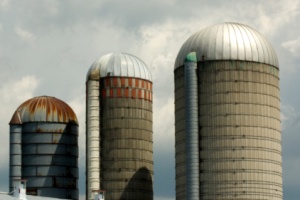 The analysis comes as Congress debates making significant reductions in the federal regulatory system in the face of claims from some in the business sector that government regulations hinder economic growth and impede job creation.

“To make their case, they claim that rules are burdensome and costly, but they fail to acknowledge that the rules have benefits,” according to a statement by Public Citizen, a national, non-profit consumer advocacy organization based in Washington, D.C.

A rule requiring the cotton industry to reduce dust in textile factories lowered the prevalence of brown lung among industry employees by 97 percent in the first five years. “In addition, when factories upgraded their equipment to comply with the rule, they found the new machines were seven times faster than the old ones. Also, compliance cost far less than originally anticipated.”

A rule requiring manufacturers to place locks and warning labels on powered equipment prevents 50,000 injuries and 120 fatalities per year.

A rule on excavations at construction sites has reduced the fatality rate from cave-ins by 40 percent.

A grain-handling facilities standard has reduced the number of fatalities caused by dust-related explosions by 95 percent. “When the rule was being considered, industry groups and the Reagan administration opposed it,” said Public Citizen. “Years after the standard was issued, however, the National Grain and Feed Association said it is remarkably effective.”

A law instituting inspections in coal mines as well as new mine health and safety standards led to a rapid 50 percent decrease in the coal mine fatality rate.

“Corporate interests love to bash regulations in the abstract, so it is important that we recognize the benefits that we – the public – enjoy from particular safeguards,” said Justin Feldman, worker health and safety advocate with Public Citizen’s Congress Watch division. “These are rules that keep us healthy and keep our friends and family members alive.”

Feldman critized GOP lawmakers in Congress who he said are “pushing to prevent federal health and safety agencies from being able to issue rules at all. Over the past several months, they have introduced several bills that would undermine the regulatory process or, in one instance, place a moratorium on all new regulations. Just recently, Gang of Six member Sen. Tom Coburn (R-Okla.) called for cuts to the Occupational Safety and Health Administration’s budget that would be devastating to workers relying on government protections.”

“If anything, we need more public protections – not fewer” said Lisa Gilbert, deputy director of Public Citizen’s Congress Watch division. “The BP oil spill disaster, the Massey mine explosion and the Wall Street crash were all caused by too little regulation of profit-hungry, corner-cutting corporations.”

The analysis is available at: www.citizen.org/regulations-at-work-report.