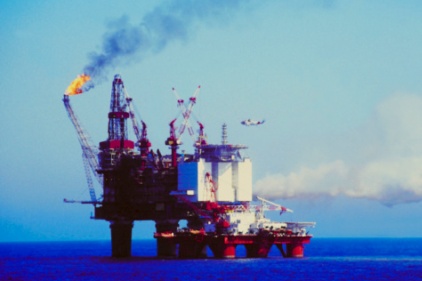 Safety performance indicators are the best way of preventing catastrophic accidents like the one that struck the Deepwater Horizon in April of 2010.

That is the prevailing view among several papers submitted by Chemical Safety Board (CSB) experts for a hearing related to the CSB’s ongoing investigation into the Deepwater Horizon tragedy.

Safety expert Dr. Andrew Hopkins says in “Safety Indicators for Offshore Drilling” that there is a “need for indicators specifically related to the risks of a blowout, especially offshore.” Dr. Hopkins is a Professor of Sociology at the Australian National University in Canberra and a Fellow of the Safety Institute of Australia. Referring to the explosion at the BP refinery in 2005 which killed 15 workers which was the subject of a book he authored, Dr. Hopkins, writes, “One of the main lessons coming out of the Texas City disaster was the need for a separate focus on process safety as opposed to personal safety.”

Professor Hopkins has reviewed American Petroleum Institute Recommended Practice 754 concerning the reporting of indicators – which was issued in response to a CSB recommendation following the Texas City accident – and analyzed how well it may apply to offshore drilling operations. He reviewed regulatory reporting requirements in several jurisdictions and compares the United States to Norway and Australia which have significant offshore drilling operations. After listing key reportable indicators, such as well kicks, flammable gas leaks, fires and explosions, safety-critical equipment damage and other factors, he concludes, “It is notable that the list for the U.S. [of reportable incidents] does not include all gas releases or even all gas releases of more than a certain size...”

He notes the U.S. does not require well kicks to be reported.  “In contrast,” Professor Hopkins writes, “both the Norwegian and Australian regulators require that all hydrocarbon releases and all kicks be reported.” In addition, he points out that a previous well kick on the Deepwater Horizon – a month before the explosion – went unnoticed for 33 minutes. “One can therefore easily imagine an indicator based on response time to kicks,” he concludes, adding the U.S. regulator (the Bureau of Safety and Environmental Enforcement) should develop and mandate the reporting of the number of well cementing failures and the number of gas alarms.

A treatise by Ian Whewell examines the need for safety performance indicators from the perspective of a former official who until his retirement in 2009 was director of the Offshore Division of the United Kingdom’s Health and Safety Executive (HSE) Hazardous Installations Directorate. He notes the HSE has produced a definitive guide to the development of performance indicators for major hazard industries, and in addition the government regulator has been working with the offshore industry on the UK Continental Shelf to improve the utilization of indicators to monitor and control major accident risks.

“Despite this work,” he writes in the paper, “it is clear that performance indicators are in many companies still not being used as effectively as they should be to control major accident risks.”

Peter Wilkinson, principal “architect” for the development of the Australian National Offshore Petroleum Safety Authority, acknowledged progress on safety indicators relevant to the major incident which can occur in offshore petroleum safety, but said it is limited in scope compared with what could be done in the light of existing knowledge. In particular, Wilkinson pointed to personal safety measures such as lost time injury frequency (LTIFR) rates or similar measures that appear to be still given too much prominence by companies “despite their well-known weaknesses.”

He notes that “safety is not easy to measure,” and that “we have to do it by inference from a surrogate indicator which we believe tells us something about safety.”

The papers, part of the record being gathered by the CSB on the subject of indicators, are available on the CSB's Public Hearing Webpage. The hearing concludes today and includes testimony from international regulators, workforce representatives and industry groups to explore how companies and regulators use safety metrics to manage risks and drive continuous safety improvements.

The CSB is an independent federal agency charged with investigating serious chemical accidents. The agency's board members are appointed by the president and confirmed by the Senate. CSB investigations look into all aspects of chemical accidents, including physical causes such as equipment failure as well as inadequacies in regulations, industry standards, and safety management systems.