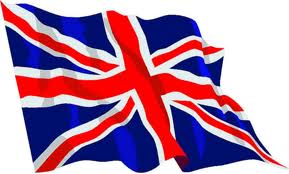 By a concerned EHS professional...

I don’t know if you have seen the latest announcement from the UK Government - I noted it in an editorial that appeared in the Economist.

I had a hard time actually tracking down the government statement. It was not made – or even referenced – by the HSE. It is apparently in a press release issued by the Department for Business, Innovation and Skills (BIS) on September 10th.

Of course, this announcement was heralded by trade associations and reviled by labor unions. Although this is happening “over there” – it is similar to some of the political commentary being advanced in the U.S. as well.

I took a look at the “Common Sense, Common Safety” report and was struck by the following attack on our profession –

I find this an outrageous statement – and an unsupportable conclusion.

Although I have no objection to HSE – or OSHA – using “risk” to prioritize inspections (it is “common sense”), I do have issues with the underlying assumptions being advanced in support of this initiative or that a perception of low risk should be a criteria for no regulation.

Question 1 – Are all “shops, offices, pubs and clubs” really low-risk environments in which no employees are ever seriously injured?

To which I would reply - What about the convenience store employees who have been murdered?

Although this is happening “over there” (i.e. outside the U.S.), it is similar to some of the political commentary being advanced here as well. This is the kind of initiative that is likely to quickly find a receptive audience among certain groups in our country. If we are concerned about our profession and its reputation, we cannot let these kinds of attacks gain momentum and move from “over there” to “over here.

I believe this is a direct attack on our profession. I would also point out that a large – and growing – portion of the American Industrial Hygiene Association membership are consultants.

I am very concerned about the possibility of this UK initiative finding a responsive audience over here and I don’t think our professional organizations are prepared to respond.

US Department of Labor awards more than $11.6M in grants to educate workers, employers on workplace safety, health