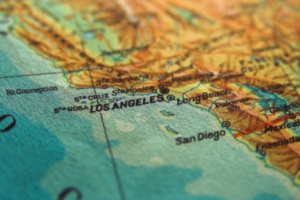 (The reader's attention is directed also to the detailed DIR response, which is included at the link at the end of the story.)

The California agency that’s supposed to help protect workers from on the job hazards and investigate working condition safety issues is doing a lackluster job, the U.S. Department of Labor says.

Part of the problem, says the department’s audit, is that Cal/OSHA has not filled job vacancies, leaving it with too few inspectors to handle the workload.

“The lack of staffing affects the citation lapse time, the number of inspections conducted, and the response time to complaints,” the audit says. “To compound this problem, there has been a steady decrease in inspectors since FY 2011. Although steps are being taken to fill positions, there are still a significant numbers of field compliance staff vacancies.”

And when state inspectors show up, they issue fewer violations of serious safety issues, it says.

“This suggests that the agency’s limited resources are not being applied most efficiently and effectively,” says the report.

Cal/OSHA also has a long time between the start of an inspection and the issuance of a citation. “While many employers abate serious hazards on-the-spot when they are pointed out by a compliance officer, some employers will not abate the hazard until they receive the citation, thus continuing to expose employees to the hazard,” the federal audit says.

Often a workplace safety issue become known only when a whistleblower alerts authorities. And even there, says the audit, the state falls short.

“Review of Cal/OSHA’s program to protect whistleblowers from retaliation found that documentation of the cases was often not adequate, and that, in four of the 19 cases examined, that the ultimate conclusion of the investigation was not supported by the evidence,” it says.

The state’s new budget provides for some new compliance officers but still leaves Cal/OSHA at staffing levels below those at the end of Schwarzenegger administration in 2011, says the watchdog group Public Employees for Environmental Responsibility (PEER).

“California workers are paying the price for a cratering Cal/OSHA,” says PEER Executive Director Jeff Ruch. “California needs to be jolted out of its occupational death spiral.”

While the audit found that 90 percent of workplace deaths saw the state responding within one day, there were other issues. “Four of nine case files (44.4 percent) reviewed indicated final fatality letters were not sent to the next-of-kin notifying them of the results of the inspection. An interview with one district manager indicated a lack of knowledge that letters were required to be sent out to the next-of-kin,” the federal audit says.

“Today Cal/OSHA is an agency completely adrift,” says Mr. Ruch, pointing out that all three of the leadership positions requiring gubernatorial appointment and Senate confirmation (Chief, Deputy Chief for Enforcement, and Deputy Chief for Health & Engineering) are all vacant for the first time in memory. “Cal/OSHA should not need to be reminded to let a grieving family know what caused the fatal accident.”