Exhibitors who came from Australia and Venezuela, from Mexico and Monaco, nine cavernous exhibition halls; live demonstrations of products - including fires that attendees were invited to extinguish; conversations in many different languages; a corporate fashion show that could rival a Broadway production, and almost – but not quite – an indoor windmill. 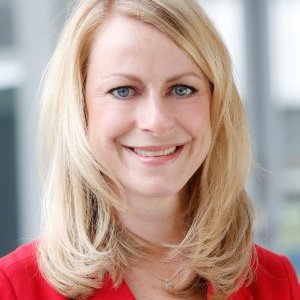 Although the 2015 A+A Trade Fair & Congress has wrapped up in Dusseldõrf, and its 1,887 exhibitors and 65,000+ attendees have returned home (to one of 80 different countries represented at the event), the influence of the show will go on, according to A+A Director Birgit Horn (pictured at right).

What has had particularly far-reaching effects have been the relationships established with the partner countries selected for the last three shows by an advisory board consisting of both political and industry interests.

This time around, the A+A partner country was South Korea, not only for its own efforts to improve its own occupational safety and health standards but also for the influence it wields in the region due to its status as a manufacturing  powerhouse and one of the most developed countries in Asia.

“We discussed which country within the world is putting forth a very strong social-political agenda – which government is really forcing work safety to improve within the country – and, on the other hand, which market would therefore be interesting for the industry, for exhibitors to export their products to,” said Horn. “So that’s both sides of the story. The government really should put forth the development of work safety in the country, and Korea does that very strongly, not only working within Korea but in the region.”

Korea’s partnership took the form of a delegation of about 20 people that included representatives from the Korean Ministry of Labor and Young Soon Lee, president of the Korea Occupational Safety and Health Agency (KOSHA). In addition to touring DASA in Dortmund, Germany – a museum dedicated to the world of work, and one which documents the development of work safety and health, the Korean visitors engaged in a dialogue with their Germany counterparts over topics like emerging risks.

“For Korea, it was very important to learn about new risks and how we as Germans or Europeans would deal with that and how can they learn from that,” said Horn. “From the German side, it was very interesting to find out how Korea is dealing with mental stress, work-related illnesses that come from a high level of productivity, which Korea, of course, is known for.”

That dialogue is expected to continue in the future.

And of course, there was a business dimension to the interactions, both for the nearly four dozen Korean companies participating in A+A as exhibitors, showing their products, but also for companies interested in Korea as a market for their products.

“KOSHA is informing us about the certification system in Korea, so  every company that would like to export their products to Korea can get information first-hand about what do they need to do  if they want to launch PPE products in Korea,” noted Horn.

“This dialogue (with Poland) continues still between the German government and especially with the institutes at the border. Poland is a border country to Germany so there is a big exchange between the workforce, and that creates special topics as well. Polish employees do work in Germany. Does the same social insurance apply, or how does that affect the work of people from Poland and Germany and vice versa?”

A relationship forged with the Turkish Ministry of Labor after that country’s partner experience resulted in the creation of TOSH, the Turkish Occupational Safety and Health expo, which Horn said brings together industry and regulation-setting bodies in Turkey to improve work safety and health.

“So that’s not a one moment event. It’s set up to continue in the future.”

While the product exhibits drew the lions’ share of attendees, the “Congress” – or what would be termed “conference” at a U.S. based convention – hosted 400 speakers and 60 different lecture series, with 5,000 delegates participating in it.

A+A actually began with the Congress, which is organized by the German Federation for Occupational Safety and Health (BASI) - a network of 80 different groups belonging to OSH in Germany. A+A grew over the past 60 years and is now a much larger entity than the Congress that takes place alongside of it.

More than 30 percent of A+A 2015’s visitors camefrom outside of Germany. The 1,887 exhibitors hailed from 57 different countries. Fifty of exhibitor companies were from the U.S., up from 46 at the 2013 A+A trade fair.

Many of the exhibits aimed for showmanship and spectacle.

“When you walk the show floor you see many exciting presentations, and we want that,” said Horn. “In OSH, it’s not about giving information. You need to have an emotional aspect for people to remember what you tried to deliver. It’s a really emotional topic. People learn when they can try it themselves, or when they have a real situation behind it. We’re human beings. We remember things that we link emotionally with.”

For a special show at A+A entitled Safe Rescues at Highs or Lows that vividly illustrated dangers of falls, the show’s organizers considered bringing one leaf of a windmill into the hall, which has a height of 85’.

“We were thinking about it, to demonstrate that a lot of risk is now in the ‘green’ jobs, these environmentally related jobs,” Horn said. “So we actually thought about bringing in one of these big leaves.”

The leaf, it turned out, was too heavy.

“Even if you have protective clothes, you’re still representing your company. So you need to add some branding and the person then is doing advertising for your company. On the other hand, when everyone is wearing such a badge, you feel like a group. You create team spirit.”

She said that while Americans are willing to wear similar work clothes, Germans initially resisted it the idea. However, that’s changing.

“Acceptance in Europe is rising. Companies use corporate fashion not just to dress their people but also to represent their company’s image.”

In addition to displaying their clothing on the expo floor, a number of exhibitors chose a more kinetic way to show their wares by participating in a high-energy fashion show that drew enthusiastic audiences each time it was performed. The show was entertainment with a purpose, featuring models wearing everything from arc flash protection to LED lighted visors performing choreographed sequences to techno music, illuminated by special effects lighting.

The future of stress

Work-related stress was another major theme at A+A 2-15.

Horn said it’s an important issue in Germany because it causes many people to retire earlier than they otherwise would -- and receive benefits from the government. The number of people opting to retire early in Germany is increasing.

What could exacerbate stress: the digitalization of work, or “Work 4.0,” as it’s called in Germany. With cell phones and other mobile devices keeping us connected to emails and job responsibilities, the ability to disengage from work when it is appropriate has decreased.

“We are always available,” said Horn. “We mix private and work life. When you are sitting at an airport and still working but trying to reach your colleagues - is that still teamwork? How does teamwork change through that? And what is the stress level related to that?

“That’s a topic that will still be present for the next ten years, I’m sure.”