By James E. Leemann Ph.D.
Geez, there he goes again!  What a suck-up!  She makes my blood boil.  It’s not my fault.  If those operators would only listen to me, no one would get hurt. I know what’s best for you.  Let’s not bring it up; it’ll only make him mad.  What a drama queen!  Nothing would ever get done around here if it weren’t for me.

Over the years, I have come across individuals who have become trapped in the WDZ and, interestingly, some convey a sense of belonging in the WDZ.  Recently, a client asked for my advice on how to deal with a difficult employee she had been struggling with for some time.  Her employee was a very technically proficient safety professional; however, she harbored an apparent disposition of anger toward management criticizing their every decision while spending precious time trying to recruit colleagues into her WDZ.  She often expressed her disagreement in public settings in a controversial and provocative fashion making others very uncomfortable.

Realizing the manager was reaching her wits end; I introduced her to Dr. Stephen Karpman’s Drama Triangle first developed in 1968.[1]  Although numerous variations of the triangle have been developed over the years, a common depiction appears here. 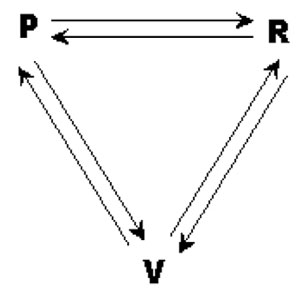 The drama is created between three roles – Victim, Persecutor, and Rescuer.  The arrows represent the interactions (i.e., conversations) between the people who play these roles.  Victims believe others are doing something to them.  Persecutors blame others or themselves.  Rescuers do their work and others – heroes that save the day.  Individuals can move from one role to another.  Sustaining the drama becomes more important than solving the issue that created the drama in the first place.

To illustrate here is a conversation between Jane, Safety Pro; Mary, Safety Pro; Chuck, Mechanic; and Brad, Safety Manager.  Names have been changed to protect the guilty.

Jane to Mary:  “Can you believe Chuck crawled into that vessel?” [Persecutor]

Mary to Jane:  “I know, what a freaking idiot.  At least he isn’t dead.” [Persecutor]

Jane to Mary:  “I can’t believe Chuck didn't listen to me.” [Victim]

Brad overhearing Jane and Mary:  “What happened to Chuck?”

Brad to Jane:  “Do we need to review the confined space rules?”

Jane to Brad:  “Hell no, I wrote those rules for any situation on site!” [Rescuer]

Brad to Jane and Mary:  “I’m going to visit Chuck at the hospital, do you want to come along?”

Jane to Brad:  “You know Brad, I don’t think that would be such a good idea.” [Victim]

Mary to Brad:  “Brad, I agree with Jane, I’d rather not go either.  Thanks anyway.” [Victim]

As illustrated in this brief exchange, safety professionals can be easily drawn into the Drama Triangle.  Once trapped inside the Drama Triangle, it becomes increasingly difficult to extract oneself because trapped individuals seek reassurance their worldview is correct and everyone else’s is wrong.

Whether you are personally trapped in the WDZ or one or more of your employees are trapped, what can you do to escape or help others escape?  The following is drawn from three sources, which I highly recommend.[2],[3],[4]

Marlene Chism notes that all drama has one thing in common – Lack of Clarity.  Some common characteristics of lacking clarity include: Constantly changing directions, confusion, not knowing who is the boss, insubordination, resentment, analysis paralysis, pleasing a prima-donna employee rather than addressing the issue and risking upsetting the employee, game-playing, etc.  As an employee, ask questions to gain clarity rather than become a BMW driver according to Cy Wakeman.  BMW stands for bitching, moaning, and whining.  As a leader/manager, clear up your personal and professional life, because your employees are looking to you for their clarity.

Are you truthful to yourself?  We all create stories about the world we live in, which are punctuated with fact and fiction.  Chism offers some indicators of errors in truth; such as the storyteller is prone to frequent blowups, you feel like you have to walk on eggshells when around this person, receiving constant surprises and disappointments, refusing to look at the facts of a situation, engaging in hearsay and gossip, etc.  Wakeman suggests this truthfulness is all about recognizing that “you are the source of your suffering” and that individuals must “stop arguing with reality.”  This becomes evident “when you judge your situation in terms of right or wrong instead of fearlessly confronting what is.”  Wakeman describes this behavior as “Learned Helplessness.”  As an employee, you need to concentrate on the reality of your story and avoid being engulfed in the emotion of your story.  Be honest with yourself.  As a leader, do not make any assumptions and insist on confirming with facts any assumption raised by the storyteller.

“Would you rather be right, or wildly successful?”  As Wakeman points out, “is being right worth what it costs you?”  How often have you caught yourself saying, “I’m right and she is wrong.”  Rather than judge the other person, take a deep breath and try to assess what are the facts of the situation.  Consider the last time you were involved in an incident investigation.  Did the investigation essentially come to a close once blame could be fixed on somebody?  If so, what did you learn from the investigation?  When you become hyperfocused on always being right, you miss the opportunity to learn and be wildly successful.

By now, some of you are saying to yourself, “Hum, I’m in a WDZ.”  So what do you do?  I’ll assume you are not the one creating the drama so you need to assess the relationship you are in with the drama queens or kings.  Be mindful that workplace relationships are key to your career success.  People around you notice when you are a part of a WDZ.  Of course, the easy thing to do is simply stop the relationship, but in all likelihood this will not be a viable option.  Therefore, the next best thing is to start viewing the drama queen or king differently.  Avoid being drawn into their drama.

For example, a close friend found herself trapped in a WDZ with her boss.  In this case, she was a Rescuer making sure that she covered for all of her boss’s laziness and forgetfulness.  Her boss is a major drama king that uses intimidation and blaming others for his shortcomings, pushing my friend and her colleagues into becoming victims.  Employees at her company make a habit of asking what the boss’s mood is before meeting with him.    By deciding to change her relationship with her boss, stop being bounced from Rescuer to Victim, he dramatically changed his relationship with her.  In fact, for several weeks the boss made overt attempts to be friendly, but alas the boss could not sustain being friendly and reverted back to his bullying ways.  My friend on the other hand, regained her self-confidence and increased her self-comfort.  Interestingly, my friend’s colleagues have watched this interplay unfold and are taking steps to extract themselves from the boss’s WDZ.

In closing, always remember you cannot reason with an unreasonable person.  Sometimes a difficult decision needs to be made when all else fails to terminate the individual who perpetuates the Workplace Drama Zone.  As a twice-over cancer survivor, I often use the following metaphor with clients who inquire about dealing with drama queens and kings.  They are like a cancer cell in the organization; left to metastasize, they will kill the entire organization.