Report: Inactivity as dangerous as smoking 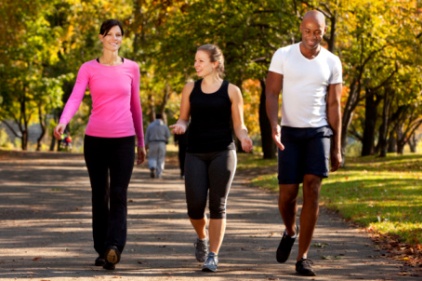 New research links a lack of exercise to cancer, diabetes and heart disease – a triple threat combination that causes approximately the same number of fatalities as smoking.

The four research papers published online July 18 in The Lancet said inactivity-related risk for major killers such as breast and colon cancer, type 2 diabetes and heart disease amounts to roughly one out of every 10 deaths globally, a tally more or less equivalent to the number of people who die as a result of smoking.

Researchers depict the situation as a problem with global dimensions.

One-third of all adults -- globally amounting to about 1.5 billion people -- face a 20 percent to 30 percent greater risk for disease due to failing to engage in the kind of routine physical activity (150 minutes of moderate exercise per week) typically recommended by public health authorities.

That figure rises dramatically among adolescents, among whom four in five engage in a risky sedentary lifestyle.

Researchers from Brigham and Women's Hospital and Harvard Medical School in Boston noted that, globally, about 6 percent of coronary heart disease cases stem from a lack of adequate exercise, which they also linked to an average of about 7 percent of type 2 diabetes cases. Physical inactivity also accounts for an average of about 10 percent of breast and colon cancer cases worldwide, they added.

Not all parts of the world are affected equally, however, as inactivity patterns vary widely region-by-region.

For example, while about 43 percent of North Americans are deemed to be inactive, that figure is just 17 percent among southeast Asians. In Europe, inactivity figures run the gamut, ranging from a high of roughly 70 percent in Malta and Serbia to a low of 17 percent to 18 percent in Estonia and the Netherlands.

Accordingly, inactivity-related disease incidence differs by region as well. Heart disease deaths brought on by a sedentary lifestyle appears to be most problematic in Europe, the researchers noted, where 121,000 fatalities were linked to inactivity in 2008. By comparison, there were 60,000 such deaths in North America and 44,000 in the eastern Mediterranean area.

The researchers suggested that increasing activity rates by 10 percent could save more than half a million lives globally. That figure would rise to as high as 1.3 million if inactivity were to be sliced by as much as 25 percent.

Gregory Heath of the University of Tennessee said that increasing moderate physical activity -- such as walking and cycling -- has become a public health priority.

Heath and his colleagues highlight the potential benefits of mass media campaigns designed to promote activity, alongside the promotion of social support networks in the form of activity clubs and free community-based exercise classes. Efforts to create safe public spaces for biking and walking are also touted as helpful in the effort to get people moving.

Meanwhile, a team led by Michael Pratt of the U.S. Centers for Disease Control and Prevention pointed to the promise of cellphones, and in particular text-messaging, as a way to deliver a pro-exercise message to the general public.