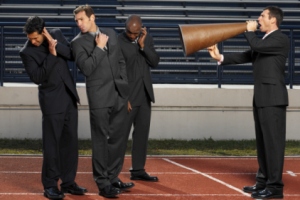 ISHN conducted an exclusive interview with Rodney E. Grieve, BRANTA Worldwide, who presented a talk at ASSE Safety 2014 on “Identifying Cultural Hazards: Four Clues That You May Be Out Of Balance.”

ISHN: How can systems, as you say in your talk, degrade trust and credibility? What’s an example of a system that is capable of doing this damage?

Rodney Grieve: Systems can degrade trust and credibility through unintended consequences. For example, with the best of intentions, an organization hangs a box for employees to submit “anonymous safety concerns.”  There are two problems. First, if the concern contains any level of detail, the leadership team knows full well who submitted the concern. So there is no anonymity. Secondly, by posting the box in the first place, the leadership team sends a message that they know their employees do not trust their reaction enough to raise the concern face-to-face.

What is an example of what you call a “cultural pressure”?

Cultural pressure was best described to me by an employee when asked how he knew a task is a “rush job.” His response: “I know it is a rush job when four people come ask ‘How’s it going’ instead of just one.”  The culture is simply ‘the way we do things around here’. That pressure to conform leads to the decisions employees make regarding safety, productivity and quality.

How can the typical ASSE member identify latent cultural hazards? What tools and/or knowledge do they need?

They just need their ears and the ability to listen. Here are the four clues: “Management won’t do anything until someone gets hurt!.” “I can’t believe my employee would do something so stupid!” “I just knew someone was going to get hurt doing that!” and “You had a lost-time injury! What are you going to do about it?” If any of these statements are heard in the work environment, the organization is out of balance.

Define what you call an ”organization of balance.”  What are the elements that are in sync, in balance?

Safety is a result, not a value nor a priority. Values are beliefs and only tasks can be prioritized. A culture of success is one that safely produces a quality product or service. The balance is influenced by four elements: experience, knowledge, focus, and pace. The front line leader influences all four of these elements and is responsible for maintaining that balance through their words and behaviors.

What is an example of what you call a “logic-based tool” that safety pros can use to identify cultural hazards?

One example of a “logic-based tool” is the incident analysis process.  Most organizations have an accident investigation procedure that focuses on finding fault and placing blame. This focus results in inconsistent corrective actions and degrades trust and credibility. A consistent incident analysis process that identifies systems-induced errors, culturally-induced errors, consistently inappropriate behaviors, and/or inconsistent behaviors (mistakes) as the potential causes of an incident allows the organizational leadership to take appropriate corrective action when and only when action is warranted.